After my first 2 attempts i was fairly certain i knew the correct process for making my latex mask. Originally i planned on making a 2 part plaster mould but after my research I realised that professionally they would use a 1 part plaster mould with a slip casting process. I decided to try both from one mould to see if the 2 part would work.

Here is the sculpt: 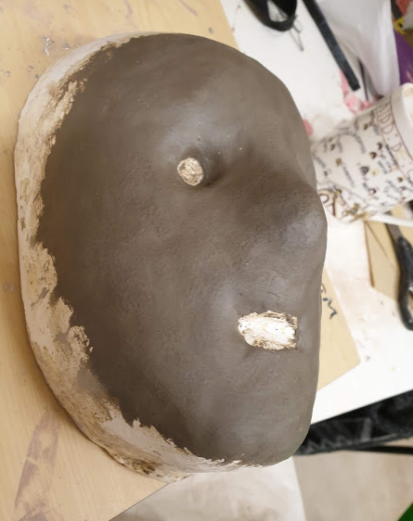 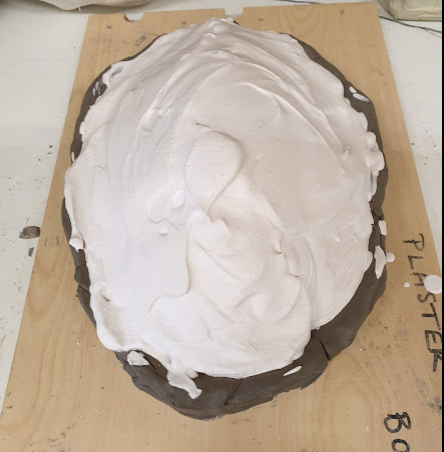 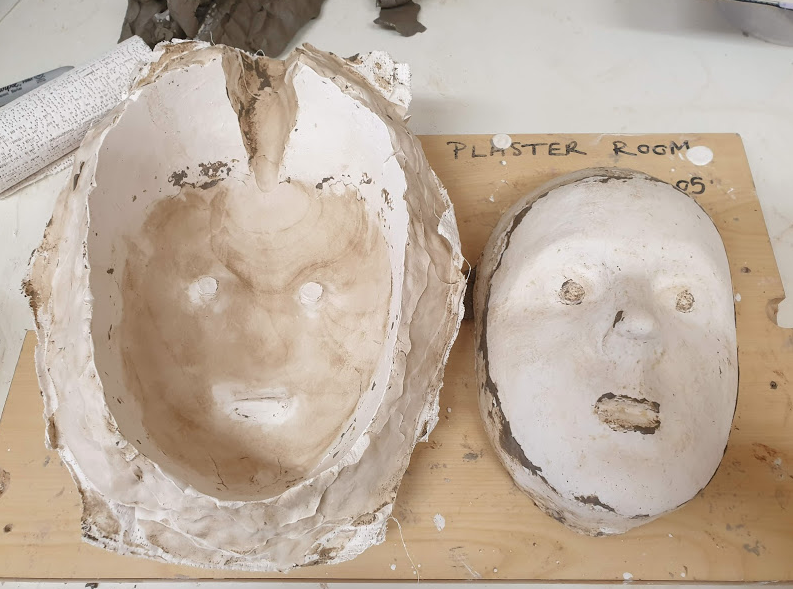 Here ive poured latex into the mould and left it upright to dry. I left it over night and it was still wet on the inside when i removed it. The plaster draws moisture out of the latex touching it. making a skin around the outside of the cast but leaving the latex in the middle unable to dry. when pulling the mask from the mould the latex skin ripped and the liquid ran out from the middle making the cast deformed. 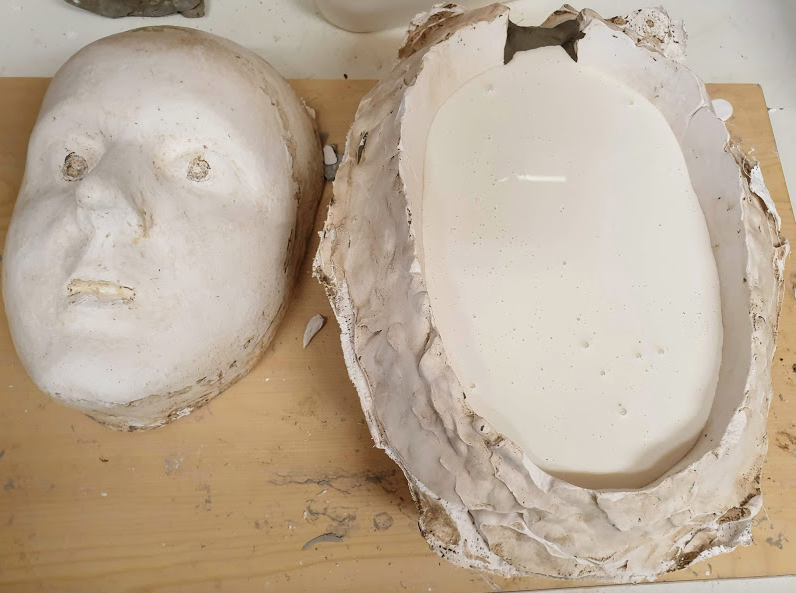 I plugged the pour hole with clay and poured the latex in. I did 2 tests one for 25 minutes and one for 45. The 45 minute one seemed to be the best thickness.