“THE MARI LWYD (in Welsh, Y Fari Lwyd) is one of the strangest and most ancient of a number of customs with which people in Glamorgan and Gwent used to mark the passing of the darkest days of midwinter.

It’s no accident that Christmas, with its emphasis on fire, lights and decorations, is celebrated at this time of year. Before the arrival of Christianity, the Romans used to hold similar festivities at the same time. And before the Romans, these long, cold nights were the time of fire festivals in Wales and across the Celtic World.

From this time on, the days get longer as spring approaches. All these festivals and customs reflect man’s awe at nature’s annual miracle of death and rebirth. That’s why evergreens like the holly and the ivy are such a feature of the season… and why a dead horse mysteriously comes back to life.

Customs involving animal skulls are widely known across the world. The Native Americans of Alaska use them, as do the Indonesian people of Java… and variations crop up at most points of the globe in between.

Y Fari Lwyd (translated as the Grey Mare, or The Grey Mary) and her group go from house to house and pub to pub and try to gain access by performing a series of verses, or ‘pwnco’. The inhabitants would reply with their own verses in a battle to outwit Mari and her gang and prevent her from entering. Eventually she will be let in, as this confers luck on the household for the coming year and scares out anything unwanted from the previous year. Once inside, more songs are sung and the group is given drinks and food.

The tradition of Y Fari Lwyd has certain pre-Christian origins. In Celtic Britain, the horse was seen as a symbol of power and fertility and prowess on the battlefield. In Celtic mythology, animals who had the ability to cross between this world and the underworld (the Celtic Annwn) are traditionally white or grey coloured.” 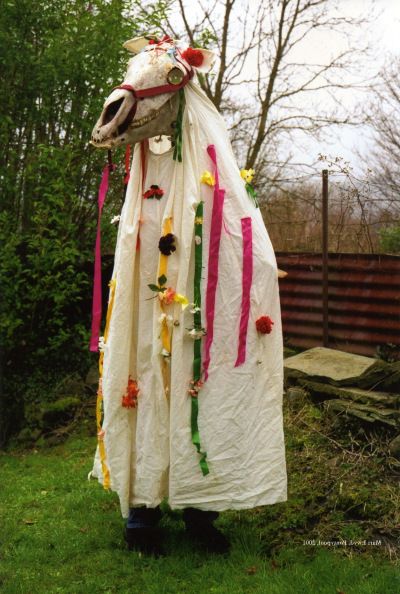 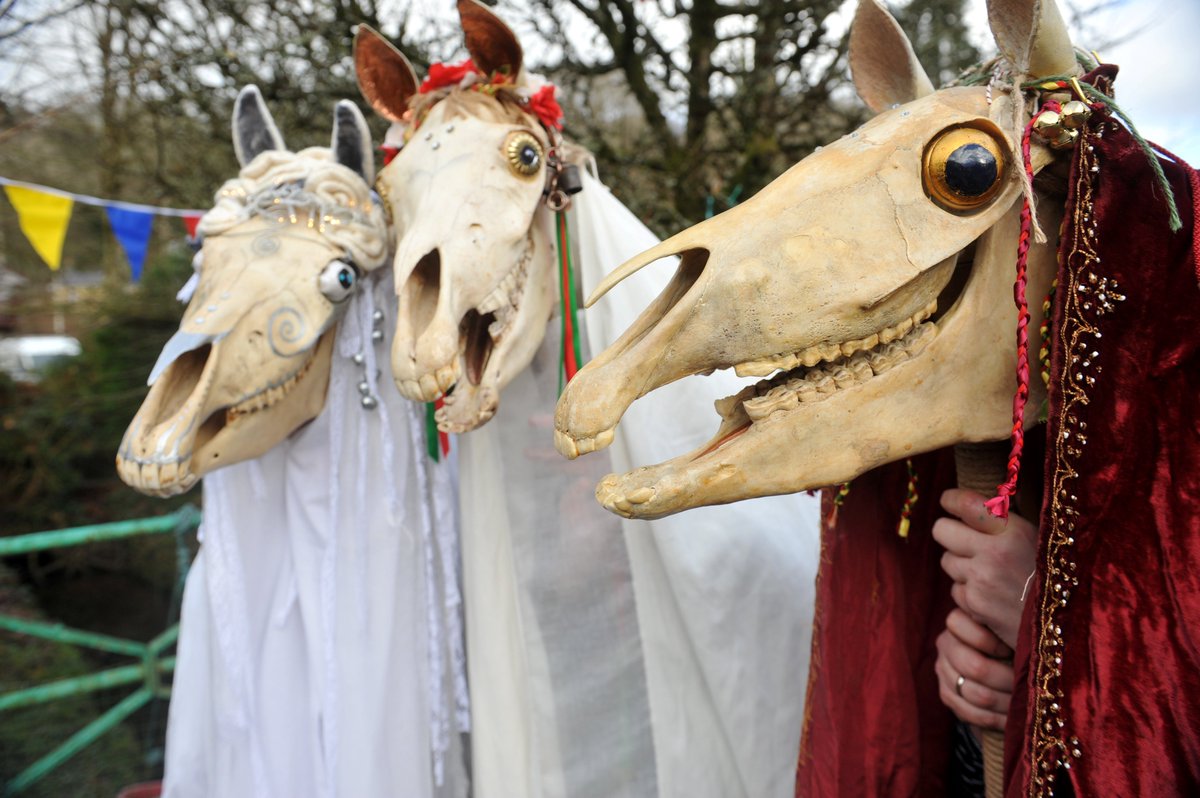 This tradition first caught my eye due to the unusual yet beautifully simple costume. But the rich background behind it inspired me more so Id like to make my own version of this.