I started day 5 with a plan to sandwich 2, 3 prong joints in between 2 pieces of wood with cable ties, leaving space for their rotation and mounting that to the spine of the dragon. However in practice this proved to be a much harder task than anticipated. Here’s what I did.

Initial cuts of wood after measuring in relation to connectors:

At this stage I realised that I yet again didn’t have the connectors I needed as the prong I wanted to use was 22mm not 28mm. To save money and keep to a reasonable budget I decided to try and use a corner connector instead. I used a pillar drill to make wholes in the wood where the cable ties would go to hold the connectors in place. 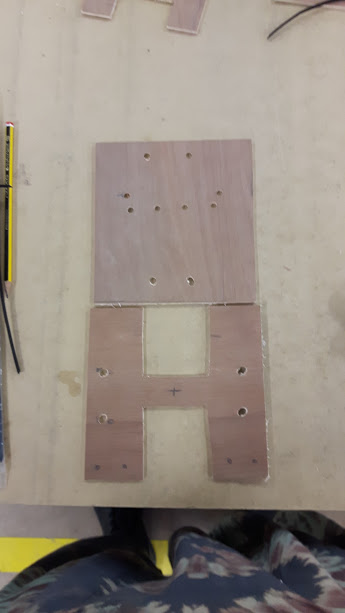 I then tried attaching them with the cable ties: 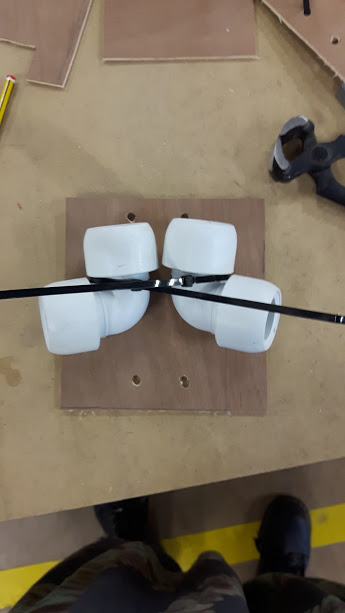 I played around with this for a while but I was having trouble. The corner connectors didn’t sit flush together when attached with the cable ties. This meant the up and down motion wasn’t fluid as I had hoped. The whole thing seemed unstable and fiddly. After much much frustration and playing around with tensions of the ties as well as drilling new wholes in different places the wood snapped and I decided to go back to the drawing board…

I pondered for a while and came up with a solution. I decided the problem with my last design was it was far too complicated and the clash of materials between the wood and plastic made my task harder than it had to be. I looked at my 3 prong connectors and realised by simply putting cable ties (for safety and support I used 3 cable ties to hold them together) through 2 back to back connectors, it created the fluid motion I had been searching for! 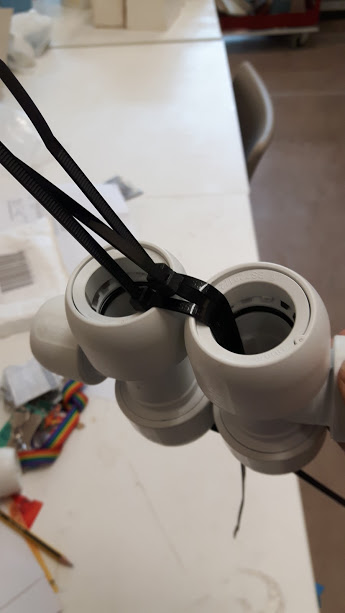 However I still had the problem that the prong I wished to use to connect the wings was too small. So I sat and thought some more. I realised I had all ready solved this problem earlier when connecting the head to the body by inserting a smaller tube into the larger one and securing it in place with a screw! by leaving a length out the end it meant the connector had something to latch onto. 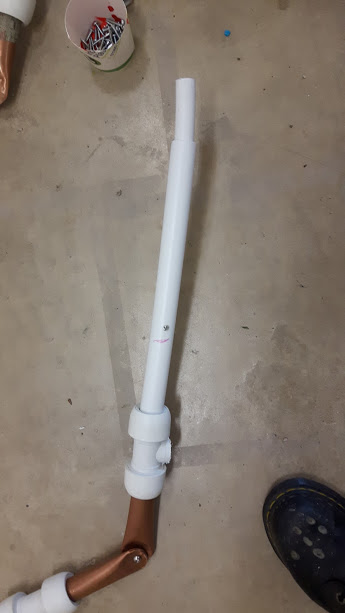 Then I simply cable tied my joint to the spine of the dragon and he had wings!!!!